Practice Fusion recently announced that the company’s founder and CEO Ryan Howard has stepped down from his CEO role and will assume the position of Chairman of the Board. Tom Langan, the company’s chief commercial officer, is taking over as interim CEO.

Practice Fusion is intriguing for a number of reasons, including its unique business model. The company was one of the first to offer a free EMR for physician use. Their revenues come from partners (600 so far and counting) who pay to have their marketing message displayed within the software. Practice Fusion also leverages patient information from its clients’ medical records (clients must relinquish all rights to de-identified patient data) and sells the data to pharma companies, payors, and other industry stakeholders. These “clinical data insights” are used for marketing purposes, or for such things as identifying prescribing trends and analyzing patient populations.

One thing I’ve always struggled with was understanding how many physicians actually use the platform. Over the years Practice Fusion has used varying metrics to communicate the size of its client base, which adds to the confusion.  In the chart above, I compiled figures from various press releases and articles since 2010. In 2013 Practice Fusion switched from reporting the number of users to reporting the number of active medical professionals. However, it’s unclear what roles are included in that category, though I assume it includes nurses, medical assistants, PAs, and NPs.

Here are a few other numbers to consider:

In other words, the real number of physician users is difficult to decipher – and my guess is that Practice Fusion prefers it that way.

So what about the actual Practice Fusion EHR product? In reading various online reviews, users report that the best thing about the product is its free price tag. Beyond that, feedback is mixed. A recent post on Software Advice criticized the product for being “non-functional” and claimed its customer support was “non-existent.” Displeasure with support appears to be a common theme, with one user calling it “the worst in the industry.” However, the general consensus is that it’s easy to learn and simple to implement. My take is that the product isn’t terribly sophisticated but adequate for practices that don’t need a lot of bells and whistles – or customer support.

Over the years, critics have raised other concerns about Practice Fusion and various business practices, such as including sensitive patient data on its doctor review site, supposedly without the prior knowledge of physicians or their patients. I’ve often wondered if I am wary of Practice Fusion because its free EHR model goes against the status quo, or because I perceive a lack of transparency in some of the company’s business practices.

Regardless of my personal skepticism, Practice Fusion has successfully raised $157 million, including an $85 million Series D round in December 2013. The money guys have more insight into the company’s books and presumably more smarts, so who am I to question? Unless, of course, the reason the investors keep putting more money into the company is because they believe it is the only way they’ll be able to re-coup their original investment.

Which brings us back to the board’s decision to replace Howard as CEO. The five-member board includes representatives from two of the company’s largest investors, Kleiner Perkins Caufield & Byers and ARTIS Ventures. Howard recently said (not for the first time) that Practice Fusion was preparing for an IPO, though there wasn’t an exact timeframe. By appointing Langan CEO, was the board signaling that it was time for Practice Fusion to get its ducks in a row so that the company could go public – and thus avoid asking investors for yet another round of funding?

I’m not sure what’s behind this latest Practice Fusion development but I’m curious to see how what happens in the next chapter.

Michelle Ronan Noteboom specializes in healthcare IT communications, marketing, and strategy. She spent seven years as an independent contributor for HIStalk and HIStalk Practice writing under the name “Inga” and as a freelance writer for various publications and health IT vendors. Michelle previously spent 22 years in healthcare sales IT working for Misys Healthcare Systems. 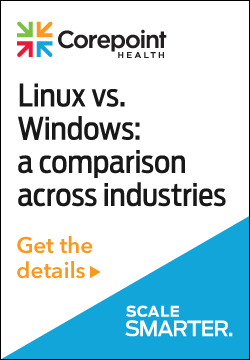